Change begins with awareness and the rest follows

A conversation with Barbara Bissell and Alisha Howell, producers of the snakebite documentary “Minutes to Die” and advocates of snakebite envenoming since 2015.

Barbara: I’ll never forget seeing the first footage that came in from the field when we began filming “Minutes to Die”. In a Kenyan hospital, a mother let us film her then six year old daughter Kamket, who had returned for yet another wound cleaning following a bite to her leg many months earlier. Aside from feeling overwhelming empathy, I knew we were doing the right thing. 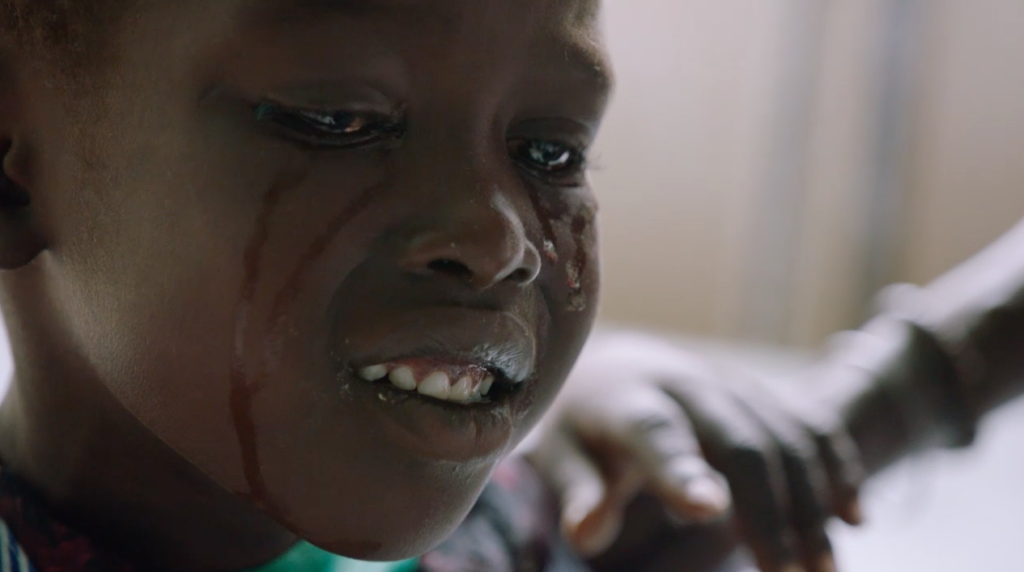 Kamket during her fifth visit for wound cleaning at Kabarnet hospital in Baringo County, Kenya. January 2016.

Just before releasing the film, we had our field team venture to track her down to see how she was. We waited for days without word. Had her family ceased wound care treatments like we’d heard was the case due to costs? Did the wound become septic? We waited. More than a week passed when an enormous email link with photos appeared. The nomadic family was found in a remote village, the same incredible distance many victims travel to successfully or unsuccessfully seek initial treatment. The photos brought tears to our eyes yet again, as Kamket and her mother beamed with joy. 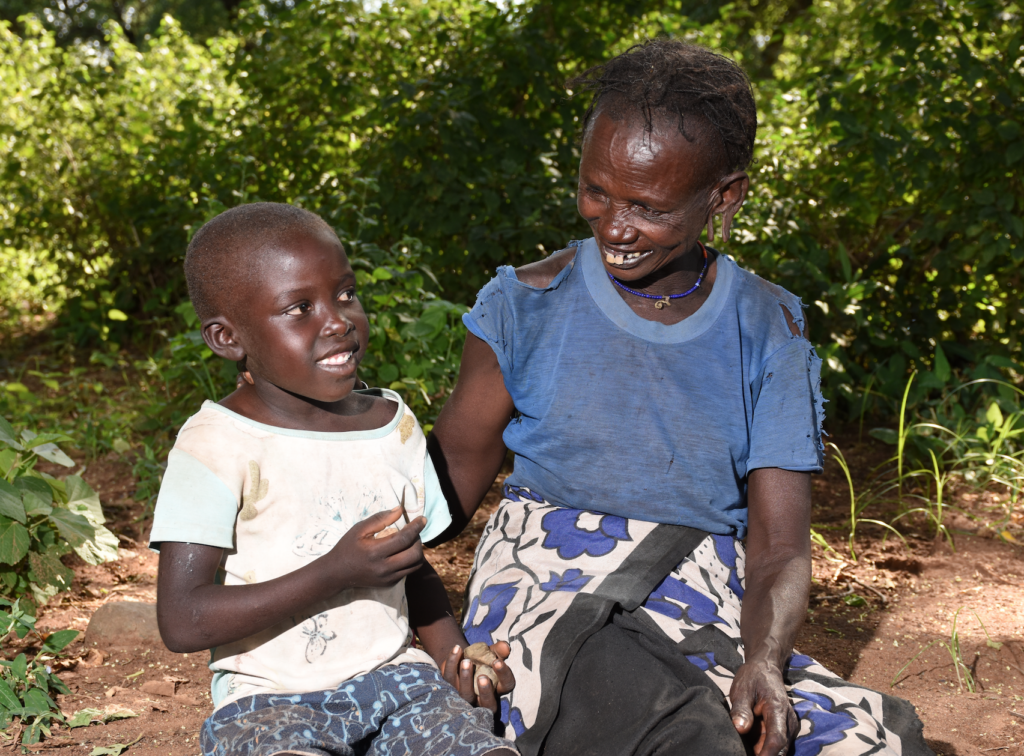 Kamket and her mother smiling after our crews caught up with them. October 2016. Photo Credit: Benta Ochieng.

Kamket had received a skin graft and while she feared a repeat bite, she was able to run around with her friends like a little girl should. I like to think they felt someone cared to share their story with the world. I will never forget her. She got me. 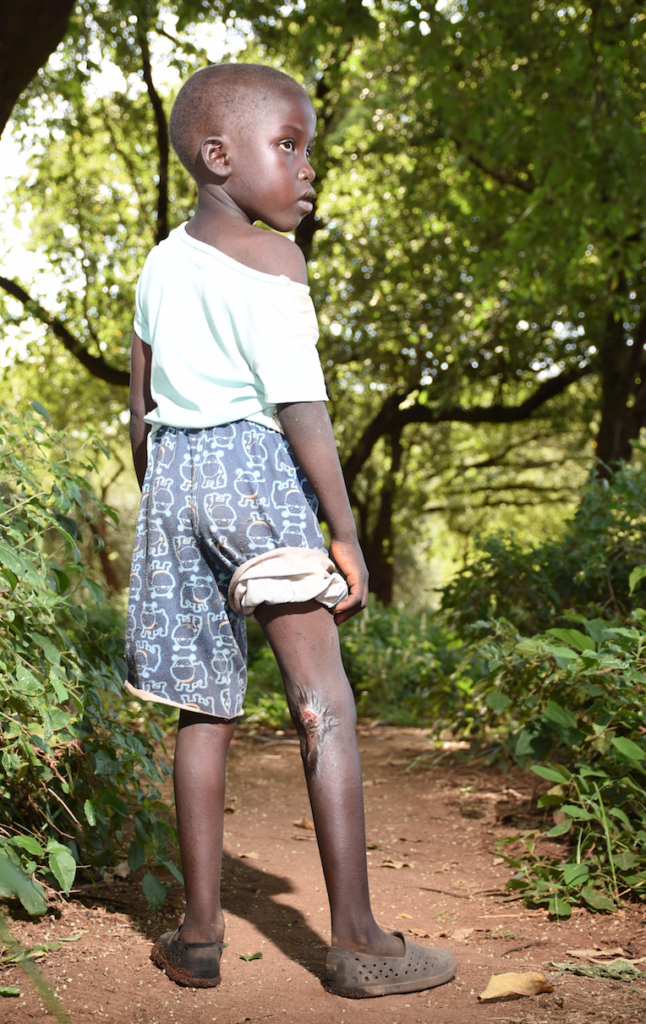 And then there was the farmer who had to sell his goats to pay for treatment. For the longest time, I really wanted to replace his goats and give him a way to make a living.

Alisha: I think my grandmother would be proud of how we’ve carried on with the foundation. She funded several projects and there were many great outcomes from her documentaries. She always wanted to do something to help underserved communities and dedicated her philanthropic endeavors to do that. I think we’re doing that and doing right by those in the family that preceded us.

Barbara: I picked the topic for this first documentary we set out to produce after taking over the foundation from my mother-in-law and Alisha’s grandmother, Lillian Lincoln Howell. The idea was actually born from a chance encounter.

Dr. Matt Lewin of Ophirex, who’s well known in the snakebite field, was assigned to me as a doctor when my physician was out of town. Matt began telling me about the work he was doing to design a treatment to buy victims time to get from bite to hospital. He shared all the statistics about the global crisis and we immediately looked into what was then a story that had virtually no press or attention.

After a few weeks of research, we immediately knew snakebite envenoming needed a voice.

As we began production, the neglect and the breadth of the issue came to full light.

I never thought less than a year later, our family would be sitting in a room at the World Health Organization in Geneva to watch the small group of snakebite advocates, make their case to WHO for recognition, after years of passionate work. This was their moment. We had put the documentary on hold to create a short video to share on that day, showing the faces and telling the stories we gathered during production. Everyone finally got to see moving images of those who were suffering.

Alisha: After releasing the documentary, we began creating prevention videos in multiple languages to spread into rural communities. We hosted roundtables in the United States to bring medical and tech minds into the conversation, or provide funding for projects that needed a boost.

There were opportunities for us to help support snakebite conferences and gatherings. And then, more change began to happen. With every film screening at universities around the world, new young scientists and global health advocates had decided to make snakebite an education and career focus.

Barbara: I thought maybe we’d just have a film premiere, never thinking this would turn into such an international movement. 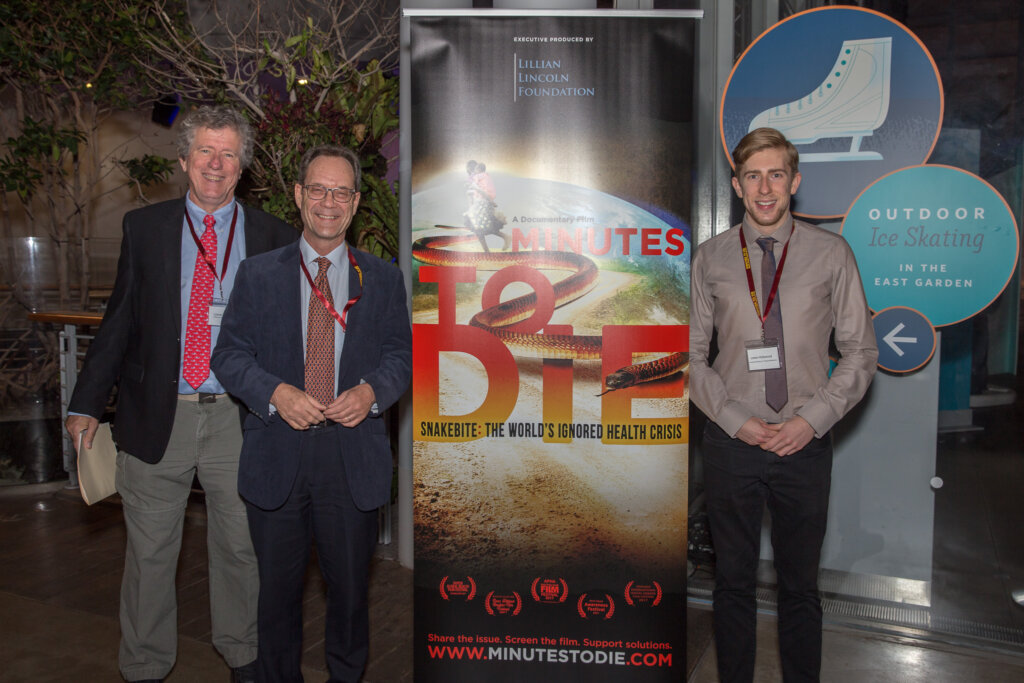 Snakebite was a big problem that wasn’t getting attention and I thought we could do something about this. There are problems in life that come up you can’t do anything about. And there are problems where bringing recognition to the problem can help by simply finding the right way to spread the word.

Alisha: It’s wonderful to see all the new voices that have come into the global arena after watching the film or attending a roundtable we’ve sponsored. There are definite tangibles and action in the works because of what we’ve done. It’s hard to know the number of lives we helped save, but we don’t have any doubt we’ve made a difference.

Barbara: We’ve kept going because it’s not fixed yet. Some don’t have enough funding to fix the problem – we’re responsible for bringing it to their attention. We’re not the size of a foundation that can support antivenom research and improvements to new treatments, but we can affect funders to understand the depth of the problem. The movie has provided validation for others to get funding to deal with the issue.

If snakebite can keep getting funding in the wake of Covid-19 and all the other things in the world needing support, that would be great. If we don’t stay on top of snakebite, it’s proven before it can fall off the World Health Organization’s list. If we can know that we’ve helped reduce the burden by a few percent, whether that’s through proper prevention messaging, getting people to hospital immediately or by simply helping to fund key initiatives, than it’s all worth it.

Alisha: I hope us telling the stories and opening eyes played a role in getting snakebite added to the Neglected Tropical Diseases list and the ball rolling towards the WHO Snakebite Strategy released in May 2019.

Barbara: One of the nicest things we’ve been told was from veteran Oxford University snakebite advocate Professor David Warrell once said to us, “The Lillian Lincoln Foundation is my favorite foundation.” We were honored to have him tell us that.

Alisha: It’s finding projects that bring value for the dollars you spend. I like the foundation having the reputation as someone who brought awareness. We can’t cure the problem, but when a farmer or student watches a prevention video on his or her mobile phone, if they implement those suggestions, that’s value.

Barbara serves as Board Secretary and Alisha as the Board Vice President of the Lillian Lincoln Foundation, a family foundation based in the San Francisco Bay Area. Since 2015, opening the world’s eye to the hidden crisis of snakebite envenoming has been one of the main focuses of the foundation, through wide media and advocacy efforts.

For more information on the Lillian Lincoln Foundation, visit: https://lillianfoundation.org

For more information, and to view the documentary “Minutes to Die”, visit: https://minutestodie.com