Get to know your snake neighbors

There is perhaps no more recognizable symbol of the western United States than the rattlesnake. Aside from the highest mountain peaks and the center of our largest cities, rattlesnakes are everywhere. Especially in rural areas, avoiding them is not an option.

When encountering rattlesnakes most people see two possible choices: kill them or move them. Unfortunately both of these choices are unethical and ineffective. Moving snakes from their home can be stressful to the point of death for the individual moved, and may negatively impact the ecosystem by disrupting trophic interactions between prey and predators and promoting disease transmission. And there is no evidence that removing snakes decreases the likelihood of future human-snake interactions; where there’s one, there’s likely to be more.

So we, Advocates for Snake Preservation, offer an alternative: help people get to know their snake neighbors and learn how to safely coexist with them. We make snakes more familiar and less scary by busting myths and misconceptions, illustrating lesser-known and appealing behaviors like parental care, and sharing stories of individual snakes to show what they’re really like. We also offer recommendations on yard and human behavior modifications to reduce human-snake conflicts and make coexistence with venomous snakes safer.

While the prospect of not removing rattlesnakes initially seems like a dangerous idea, the risk of being bitten when trying to kill or handle snakes is actually greater. Once spotted, the risk of a snakebite is low because we can choose to keep a safe distance from the snake. Simple modifications can make a landscape less attractive to snakes and an easier place to spot them and move through safely, thereby reducing the likelihood of negative human-snake interactions.

It is not only possible to coexist safely with venomous snakes, but it can be very rewarding. Taking care of their kids, hunting, or babysitting their neighbors’ kids are just a few of the many fascinating things we’ve observed rattlesnakes doing. The same behaviors that prevent snakebite also allow us the best opportunity to see cool snake behavior: be aware of your surroundings, look before placing your hands and feet, and avoid handling or approaching snakes. 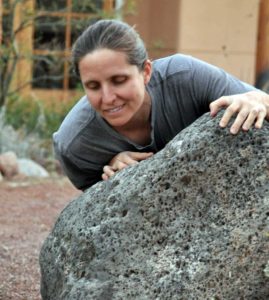