Save the lives: snakebite management in Nepal

Authored by Kamal Devkota, Nepal Toxinology Association / Save The Snakes

I am a Kamal Devkota and I am leading research works, capacity building training and workshops related to snakes, snakebites and snake conservation in different districts of Nepal. WHO estimated around 20,000 people suffer from snakebites causing 1,000 deaths per annum in Nepal. Most of the people fear snakes and I was also one of them before I came in contact with some of the herpetologists and snakebite management experts around the world. 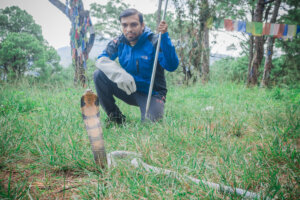 I grew up in the Rupandehi district in the lowland of Nepal, which is listed as one of the high risk venomous snakebite districts in the country. During my childhood, I witnessed that many people killed the snakes on the spot due to fear of being bitten which further increases human-snake conflicts in communities and snakebite victims use inappropriate and harmful first aid methods. Simply, they were dying just due to lack of awareness. Whether the bites are either venomous or non-venomous, people visit the traditional healers, use mantra or chants, multiple tourniquets, cutting/sucking wound, herbal medicines, cloacal parts of chicken, snake stone etc., due to which they have to suffer through more complications and it takes more times to recover. I have seen all these activities from very near and still there are a lot of misconceptions and traditional beliefs about snakes and snakebites which provokes people to kill the snakes when they are encountered. We also suspect some wrong messages in some social media may also stimulate people to kill snakes during which some bites are occurring. This only increased my interest in snakes and snakebite mitigation, so I began to learn the facts about snakes and snakebites. Then after, I realized I have to learn more about these charismatic species and have to contribute from my side to mitigate human-snake conflicts in communities. That’s why I have chosen to learn not only about the snake species but also the “Epidemiology of Snakebites” to “Save The Lives”. I found that awareness is an essential component in making human-snake mitigation programs successful and now it became my passion as well. So, I have designed “Save The Lives” program to make people aware about snakes and snakebites. Not only the “Save The Lives” but I am also leading various programs like “Save Snakes Save Nature”, “I Speak for Snake Conservation, and You?” and “Save The King” in different parts of Nepal. These programs are supported by The Rufford Foundation, Save The Snakes (STS) and King Cobra Conservancy (KCC). 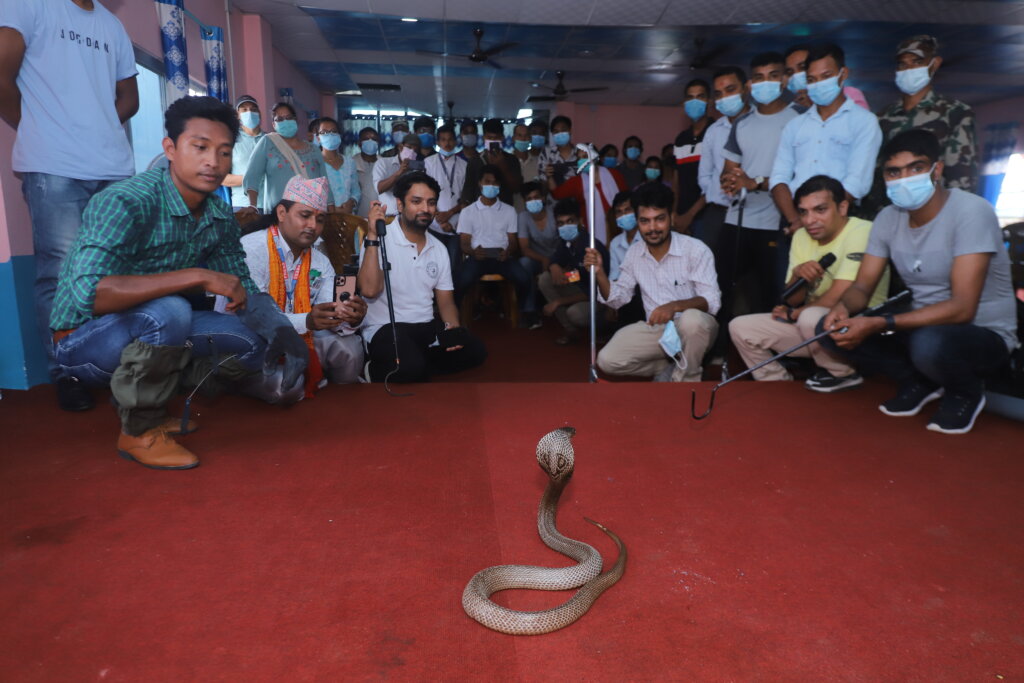 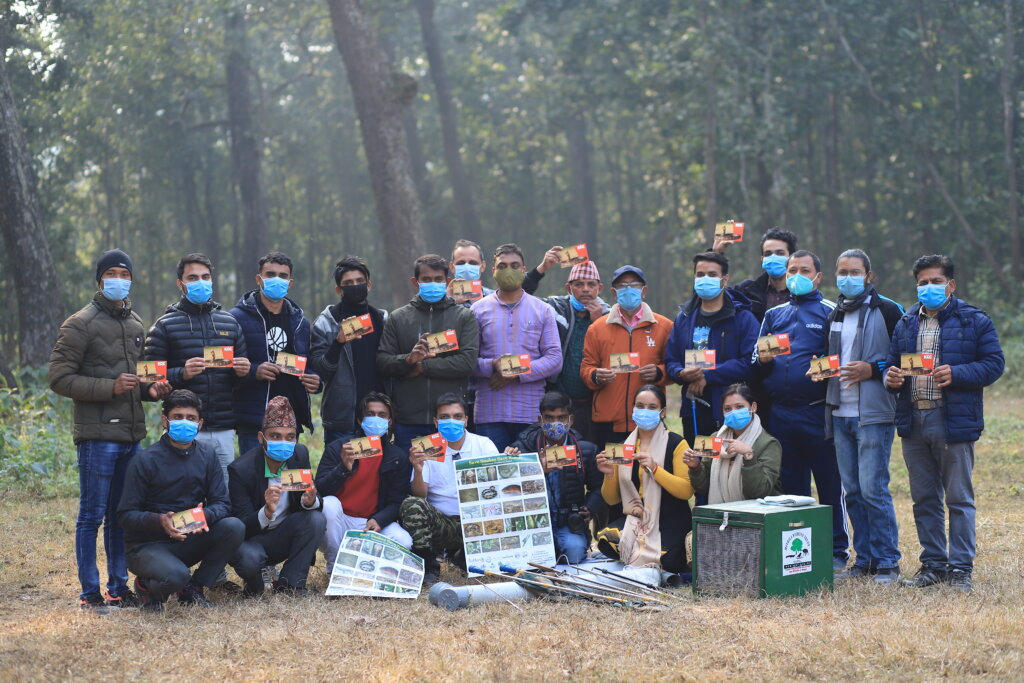 We are hopeful that the educational and awareness programs we designed are one of the most effective strategies to reduce snakebite burden, morbidity and mortality in long term. In these educational programs, we are not only covering the preventive measures from snakebite, first-aid treatments and the clinical signs and symptoms of snakebites, misconceptions of snakes and snakebites but we also educate them about general introduction on snakes, medically relevant snakes of Nepal, venomous and non-venomous snakes of Nepal, epidemiology of snakebites in Nepal, etc. We also collect the knowledge, attitude and practices of locals about snakebite burden in their locality, their perceptions on pre-hospital care of snakebites. At the end, we disseminate the appropriate knowledge on snakes and snakebites which will aid community people to apply WHO recommended first aid and be aware in prevention of snakebite. 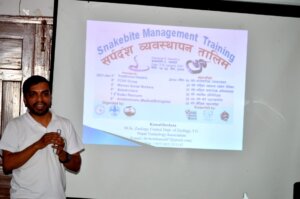 Kamal conducting a training in snakebite management in Nepal. 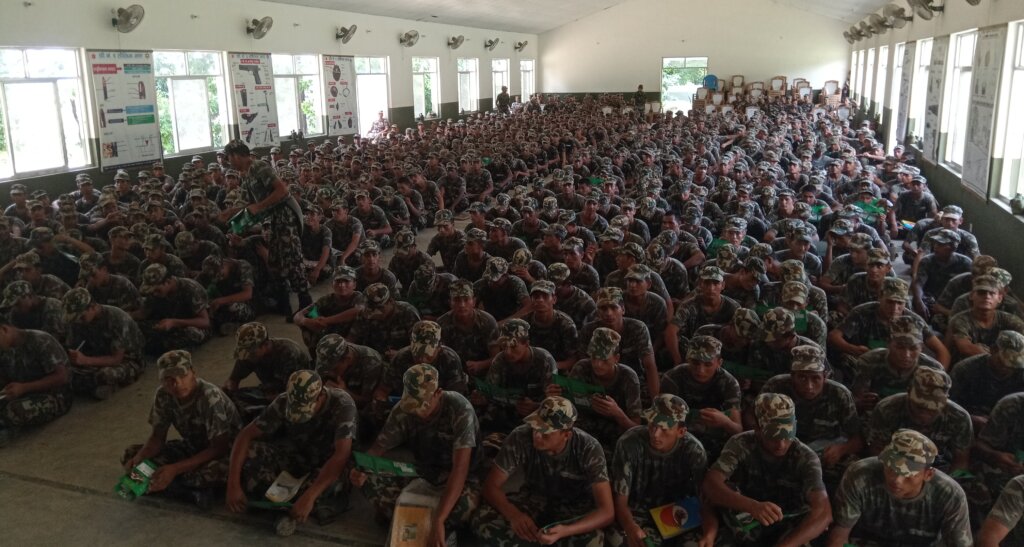 Snakebite education program with members of the military.

Our programs are so popular there are still many other communities waiting for us. The aim of this program is to address the information and awareness gap about snakes, snakebite and snake conservation through research, education and community outreach to create harmonious relationship between humans and snakes.