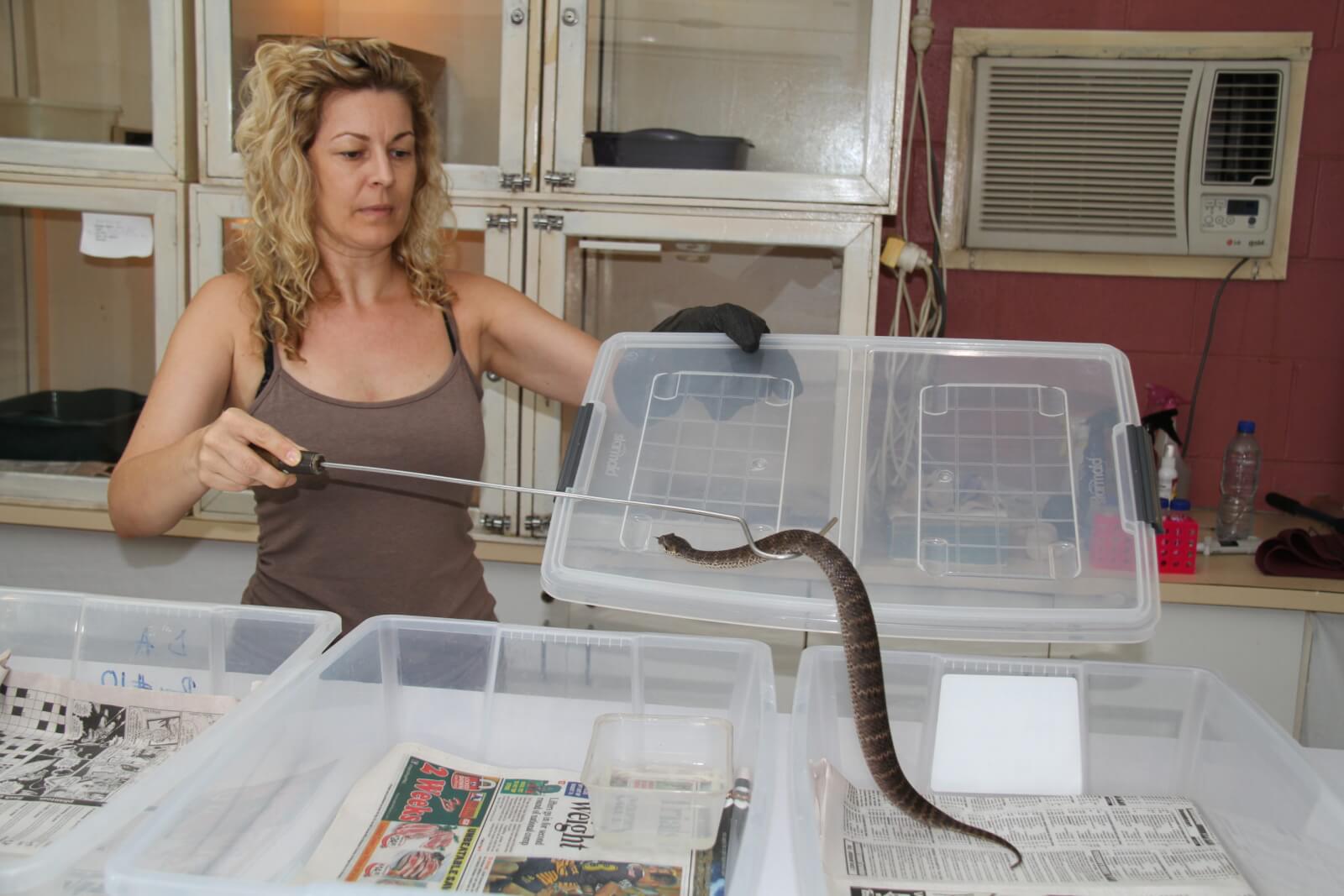 Diana began working with venomous snakes in 1990 with David Williams and since 2015, was his assistant in Papua New Guinea and globally via his role in the Global Snakebite Initiative. Diana played an essential role in the background work to get snakebite back on WHO’s NTD list, getting a resolution passed by the WHA and with David’s work with WHO. She is an extremely competent snake handler and venom production trainer, assisting the Irulas in India, the Thai Red Cross in Thailand, Bio-Ken in Kenya and David William’s Papua New Guinea team. 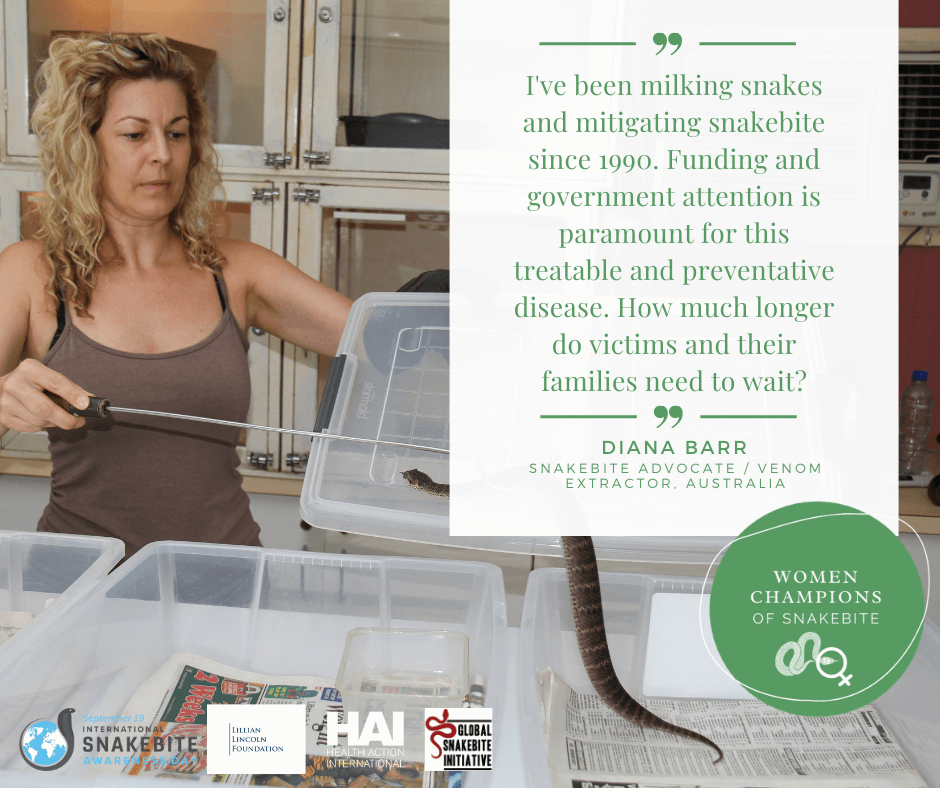 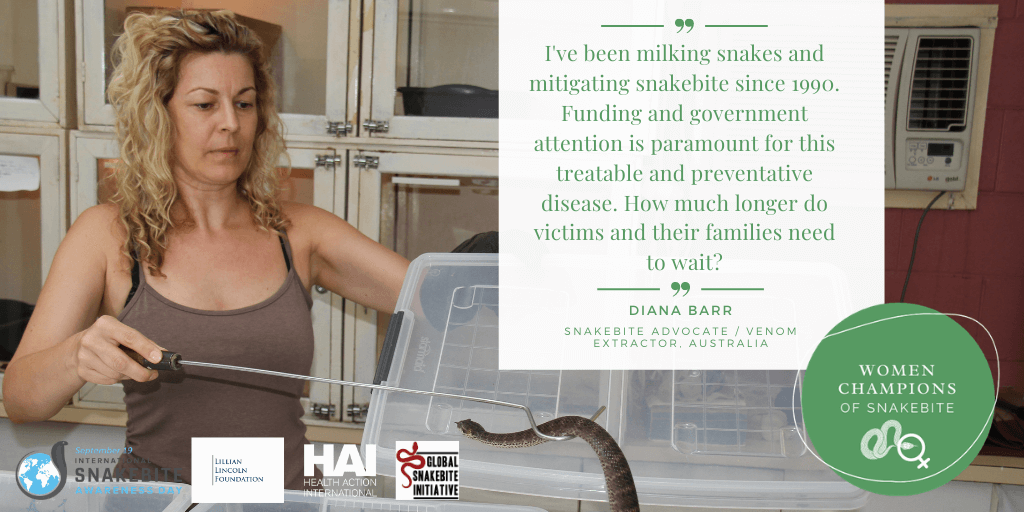 [caption id="attachment_309" align="alignleft" width="1024"] Diana in action in the snake house in Port Moresby, Papua New Guinea.[/caption] You would think people who mitigate snakebite would hate snakes, having seen the...