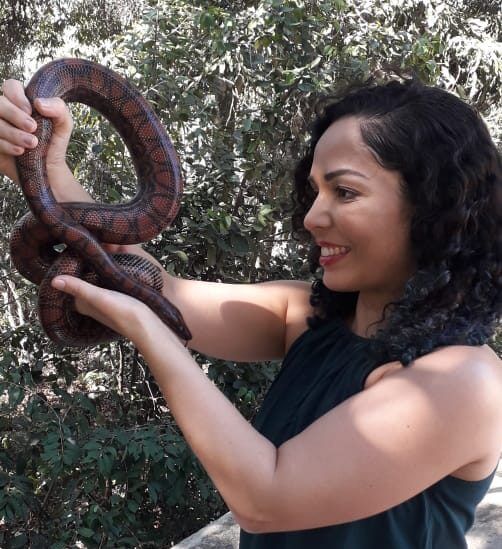 “In Brazil, we have a high diversity of snakes, with about 65 venomous species. Although we also have a free antivenom distribution system in the country, an average of 30,000 snakebites are registered every year in Brazil, and about 150 deaths per year stem from snake bites. In addition, there is a huge lack of information about coexisting with these animals, as well as how to prevent accidents and adequate first aid. My work aims to bring information to the people most directly affected by snake bites – the inhabitants of the countryside – and to improve the relationship of these people with snakes.”

I am a herpetologist and a postdoctoral researcher at the State University of Rio de Janeiro. In 2018, I created a project to work with rural residents during my field research on herpetofauna. Since then, I have dedicated myself to teaching these people to coexist with the snakes in a harmonic way, without people or the snakes being injured. In Brazil, many myths are related to snakes and most people have an inexplicable fear of these animals, which causes them to kill many snakes, although the vast majority of species are harmless to humans. My project was called Convivendo Com Serpentes (Co-existing with Snakes) and I hope that wherever I go, people can learn a little more about these reptiles and change any negative behaviors to live peacefully with snakes.

Jane de Oliveira can often be found in the wilds of Brazil researching and collecting venomous snakes and leads some amazing grassroots community education campaigns to educate on snakebite prevention. 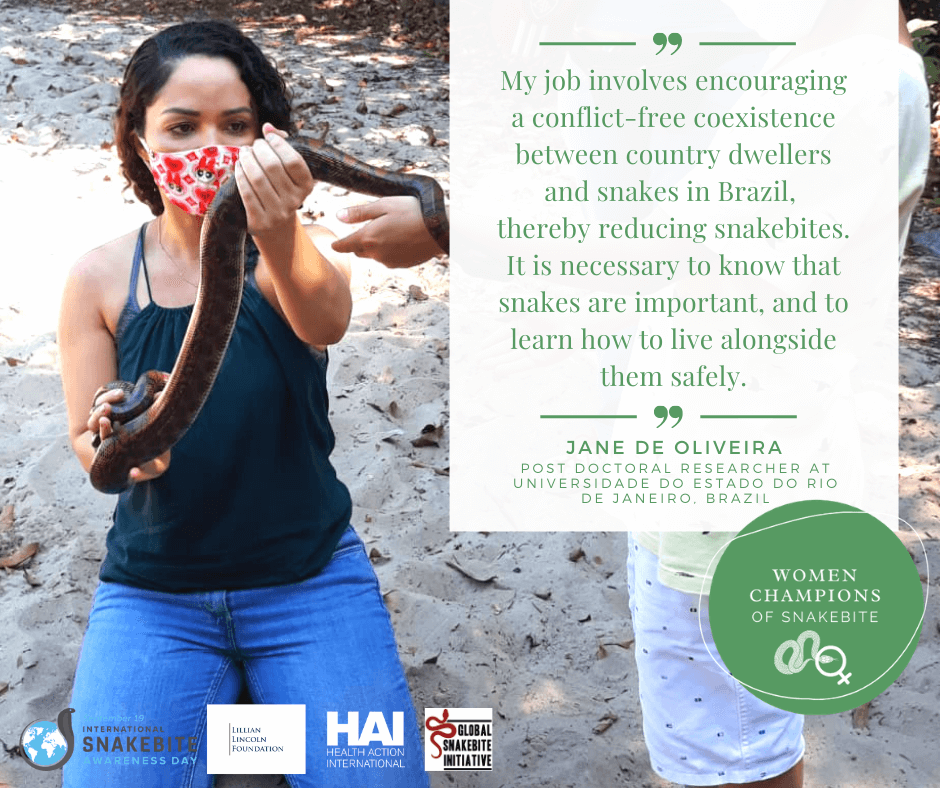 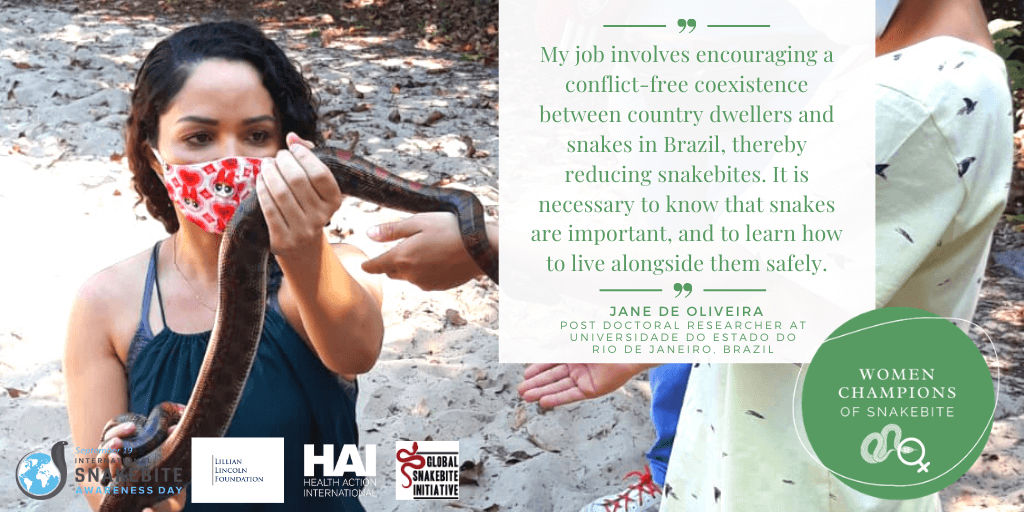