A career inspired by the memory of my uncle

My uncle was bitten by a snake in 2015. We took him to a local herbalist who claims to have had the treatment for snakebite. He treated my uncle for one week with herbs and it looked as if my uncle was better. We returned home, but after two days, my uncle became worse-off.

Despite the fact that he died, we were still forced by the hospital management to pay up all the bills accumulated for the number days my uncle was admitted.

We had to travel for more than 110 kilometres to a hospital specializing in snakebite in the capital city of Benue State, Nigeria. This hospital is privately owned and hence very expensive. By the time we arrived at the hospital, it was too late as the venom had already spread. My uncle died in the hospital after four days. Despite the fact that he died, we were still forced by the hospital management to pay up all the bills accumulated for the number days my uncle was admitted.

Like my uncle, almost all rural dwellers and subsistence farmers in Nigeria are faced with snakebite issues. Despite this, data on morbidity and mortality remain scarce and in most cases, absent. As a result, I have dedicated myself to help identify treatment pathways since the Nigerian government has shown little or no attention to victims of snakebites, as many bites are either treated traditionally through the use of herbs, or they go untreated. This in most cases is due to the absence of treatment centres and in cases when they are available, distance becomes a big challenge as victims of snakebites have to travel for more than 50 kilometres to receive treatment. 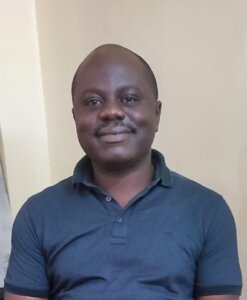 Demsy Audu is a PhD candidate at Federal University in Lafia, Nigeria.