Snakebite hungered my family in Malawi and lead me to act

Growing up in rural areas of Northern Malawi, farming had been a daily activity. I and my family had been used to wake up early in the morning around 4 a.m. to tend to our farm. During the preparation of the 2002-2003 growing season, one morning in November 2002 with no moonlight, we went to work on our farm. We worked for 30 minutes thereabout; my father screamed: “something has bitten my foot”. I and my sister threw the hoes away and ran for our lives. My mother drew closer to attend to him as she was telling us to go get the kerosene lamp. As we were going home which was almost a kilometre away, I kept thinking what it could be. I had strong thoughts it could be a snake or a scorpion as they were very common during those days, so we rushed home to get a kerosene lump in our small wrecked village hut.

When I returned, I found my father laying on the floor, crying out loud while my mother was still attending to him. He had killed a big snake; he had injured it in the process of digging and tilling the land and it bit him in defence. As we were there, the leg started swelling and I was terrified. We tied his thigh with a piece of cloth. At that time, I was 15 years old and still in primary school: I delayed in starting school as the school was 5km away and it was difficult to walk on foot. With the help of my mother, we carried him home. Later, I went back to the farm to get the snake. My home village in Rumphi is situated more than 15 km from the nearby very basic health facility called Mzokoto. We did not have money that we could help transport him to the health facility despite that there were no consultation fees except if it was venomous, we should buy our own antivenom.

The wound took over eight months to heal and this affected our farm; even the harvest in 2003 was not enough such that we were struck by hunger in the 2003-2004 season.

The other option was on traditional healers, I was of the view of going to the hospital but I had no choice. We visited one of the famous traditional healers in our area. The traditional healer applied his concoction: I bet, it made even the situation worse in the first place. If I recall correctly, the following day, his leg was turning greenish and the swelling even increased. The wound started growing bigger and bigger with thick smelling puss coming out mixed with blood during cleaning; I thought he would lose his leg to snake bite. Being a very strong man and breadwinner for our family, we started noticing some gaps as he could not provide for our family.

Almost a month later as the wound severely worsened, we visited the Mzokoto health Centre and we were told that there is nothing that can be done and referred us to Rumphi District Hospital situated 30 km from my village. We had to sell goats to find transport and visited the hospital and this time, it was just to nurture the wound and ensure that it got healed. The wound took over eight months to heal and this affected our farm; even the harvest in 2003 was not enough such that we were struck by hunger in the 2003-2004 season.

With the memory of my father, from which his life has never been the same again since his snakebite, I’ve pledged to understand the knowledge, practices and attitudes of the people of Malawi on snakebites and their management,

I was motivated to work hard at school and become a health professional; perhaps I could work in my village and serve people. I completed Malawi’s Higher Secondary Certificate Examination in Science with distinction in 2009 and was admitted to the University of Malawi, our nation’s premier institute for higher education. However, it was Bachelor of Science in Statistics and Mathematics and not medicine. After finishing my studies in 2014, I still used my skills in the health sector, of course not as a physician, but as a Health Information and Monitoring Evaluation specialist by working in Neno, one of the remotest districts in Malawi. To understand health issues better, I completed a Master of Public Health with a prestigious University: The Hebrew University of Jerusalem, Braun School of Public Health and Community Medicine. 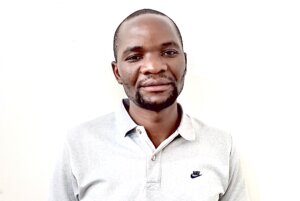 Moses Aron is a Public Health Specialist and Statistician with Partners in Health in Rumphi, Malawi.

My interest resurfaced in snakebite after seeing several snakes in the area I’m currently working in and with some conversations of the people living in the area. With the memory of my father, from which his life has never been the same again since snakebite, I’ve pledged to understand the knowledge, practices and attitudes of the people of Malawi on snakebites and their management, what are the associated cost and their economic implications.